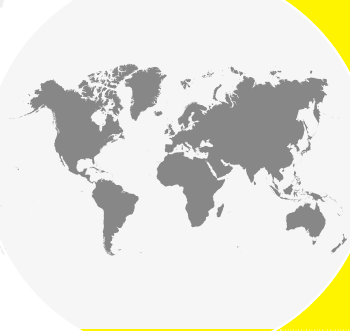 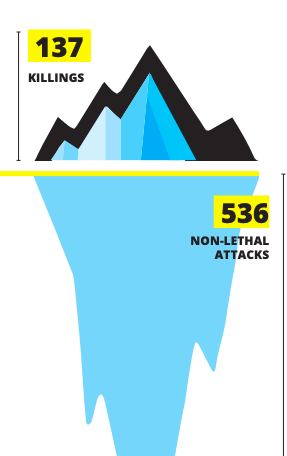 The Data Working Group is a group of national and global data collectors of attacks on defenders. We have come together to reduce fragmentation of data and to create a global consolidated database of lethal and non-lethal attacks faced by Indigenous, Land and Environmental Defenders (ILEDs). Our hope is that our data will help the creation of stronger protection protocols, create demand for governments to better protect defenders, require businesses to put in place appropriate safeguards for defenders, collectives and communities, and support civil society actors who are addressing root causes of these threats and attacks. We further hope to support the advocacy targets of ALLIED through sharing and analyzing the data we collect. Apart from uniting our own data, we also monitor government reporting on attacks on defenders.

OUR DEFINITIONS AND GLOBAL DATA BASE

We define Indigenous, Land and Environmental defenders as individuals and groups (including organizations and communities) who, in their personal or professional capacity, promote and defend human rights in connection with the land, environment, territories, natural resources, livelihoods and climate through non-violent means.

The  consolidated global database, hosted on LANDEex, prioritizes the following types of attack against ILEDs: arbitrary detention, beatings or physical injury, death penalty, defamation and smear campaigns, displacement, eviction, forced/enforced disappearance, imprisonment, judicial harassment, kidnapping, killing, sexual violence, and torture. The pilot project covers data for attacks that occurred during the year 2020 in Colombia, Mexico, Kenya and Guatemala and the Philippines. We focus on attacks that permit us to have a reliable and representative data set: attacks that are more easily verifiable and have a higher rate of reporting. In addition, while certain types of attacks do not fulfill the criteria of being widely reported or easily verifiable, we’ve included them to encourage improved efforts at documentation, as well as in the interest of political advocacy targets, such as with SDG 10.6.1.

The consolidated global dataset will eventually be available on LANDex.

All entries in the pilot global consolidated database are contributed by local, national or global data collectors who have verified the data using methods that include cross-checking public information sources (e.g. local or national media, urgent actions, social media), human sources (e.g. interviews with eye-witnesses, family members, colleagues, information from a local organization with direct access to the case, direct engagement with the targeted ILED, or official documents (e.g. court filings, police reports, official statements). You can access the simplified version of our Data Sharing Agreement which outlines the rules of how we share data here.

While uniting civil society data efforts is important, the Data Working Group is concerned by the lack of government efforts to document attacks on land and environmental defenders. Of the 162 countries that have submitted Voluntary National Reviews of the Sustainable Development Goals since 2015, only 3 – fewer than 2% – indicated that at least one HRD had been killed or attacked. 7 countries reported zero cases and 94% of countries did not report at all. Given this gap, the Office of the High Commissioner for Human Rights primarily relies on civil society data for SDG 16.10. reporting.

How we will use the data? To raise awareness together, to inform protection initiatives (Early warning system based on accumulation of data over time that shows trends and hot spots), for advocacy towards state and non-state actors, and to strengthen justice, access to remedy and accountability.

How we won’t use the data? For rapid response funding allocations/strategies, for tracking individual defenders and interventions, or to provide access to private information, unpublished datasets or analysis to private companies or governments. You can access our full Baseline agreement here.